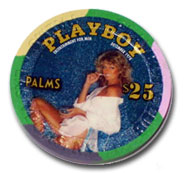 At The Palms in Las Vegas one can get a new Farrah Fawcett collectable 4 different casino chips which showcases her on the chip.

There are three different $5.00 chips and one $25.00 chip.  The images are from her 1979 playboy cover,  Playboy Door poster and photos from her LA Times magazine cover.

If you are in VEGAS you can either buy the chips at The Palms 'Cage' or play the tables and keep the chips.

OR you can buy some via the internet with Bill who sells Vegas Chips online through ebay.com  To Buy :  CLICK HERE 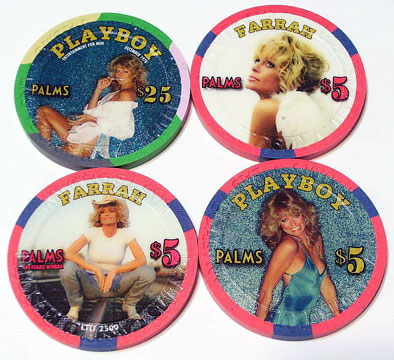 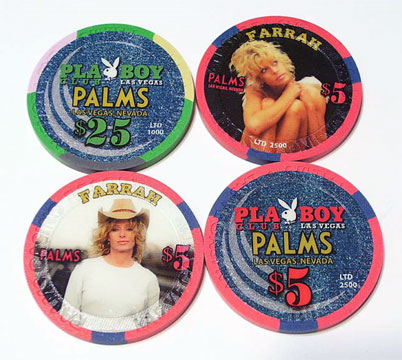 Dennis Cole passes away
Dennis ex-husband of Jaclyn Smith has passed away. He was 69 years old. Cole died Sunday (Nov 15, 2009) at Holy Cross Hospital in Fort Lauderdale, Fla. The cause was not given

See you in the Morning on DVD

After his first marriage breaks up, New York psychiatrist Larry Livingston (Jeff Bridges) is about to try something even scarier: marriage #2. Alan J. Pakula wrote as well as directed this engaging slice of modern romance, using his own remarriage as an inspiration. Larry’s second marriage carries lots of baggage from the past. He’s still vulnerable to his ex (Farrah Fawcett), his new wife (Alice Krige) is temporarily overseas and all hell breaks loose at home. Yearning for attention, his stepdaughter (Drew Barrymore) has been jailed for shoplifting and his stepson (Lukas Haas), grieving for his deceased dad, has disappeared. From the tangles and confusions divorce and remarriage can cause – and from a wonderful ensemble of actors, Pakula creates a moving celebration of love – and family – the second time around. 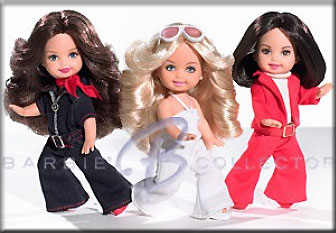 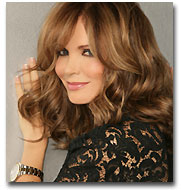 Jaclyn Smith has asked for a public apology from gossip guy, Perze Hilton.  After he misreported on his blog that Jaclyn had shot herself on vacation in Honduras. The lady who did accidentally shot herself was Jaclyn's stunt double from Charlie's Angels.

Smith told Access Hollywood:   'I've moved on but apologies are always nice. 'It's irresponsible. It can be hurtful and painful to people that love you.'

Hilton did correct the story online that same day.

But the story went every where like wild fire and her son Gaston was at work and was in a panic.  "My son was working that day and people came up to him and said, 'Your mom, your mom...' He said, 'I just talked to my mom!' He knows me, he knows I wouldn't have done something like that. But you don't wanna hear that."

Ally McBeal: The Complete Series:
Both Farrah Fawcett (ep "Changes" 3rd season) & Kate Jackson (ep: "The Kiss" 1st season) did guest appearances on the show.  The full series has now been released on to dvd.   CLICK TO ORDER

The first season of Alley McBeal: The First Season is the only season available separately. Kate's episode is in that year.  CLICK TO ORDER

The Stepfather: Shelley Hack's film has been released onto DVD.  CLICK TO ORDER

Hollywood Wives: The Next Generation starring  Farrah Fawcett will be released for the first time in the US to DVD on November 17th. CLICK TO PRE-ORDER

The re-release of Satan's School For Girls with Kate Jackson & Cheryl Ladd in October 20th.  CLICK TO PRE ORDER 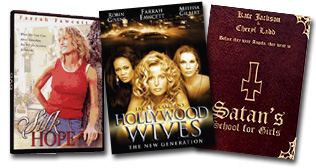 There are also 2 different DVD sets that came out recently which both feature Jaclyn's "Camay Soap" commercial: "Don't Touch That Dial" & "1001 Classic Commercials". CLICK TO ORDER 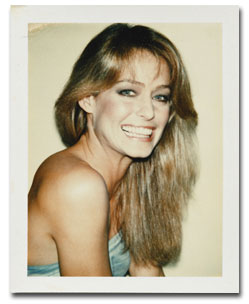 One of Andy Warhol's Polaroid of Farrah Fawcett is up on the auction block - TOMORROW!!!.  The photo (pictured) valued to $8,000. The auction will help Children Museum of Art in New York City. To bid on the Farrah Fawcett Polaroid CLICK HERE

MyFarrah.com is giving away free commemorative Farrah Fawcett cards.  Just mail in a self addressed stamped envelope and Steve will send out a Farrah card to you.  www.myfarrah.com

Good news for fans of Kate Jackson's series Scarecrow and Mrs. King, TVshowstonDVD.com has confirmed yesterday that Warner Brothers Home Entertainment will be releasing the show to DVD in 2010.  CLICK HERE FOR THE ARTICLE

This month two of our favorite Angels are sharing their Birthday's Jaclyn Smith (Oct. 26) and Kate Jackson (Oct. 29)!

May all your Birthday DREAMS come true!!!   With lots of LOVE Happy Birthday, Angels! 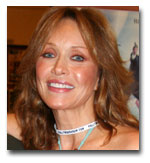 All of us here at CharliesAngels.com and all of her fans want to send all the best Birthday wishes!!! 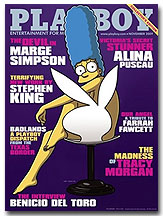 The October 2009 Playboy magazine will include a tribute to Farrah Fawcett.

The magazine which will hit newsstands next week on Oct 16 will feature a story of memories of Farrah from those who worked with her during her time at Playboy.

The November 2009 edition has Marge Simpson on the cover. (who is also nude inside!)

See layout below of Playboy's Tribute to Farrah. 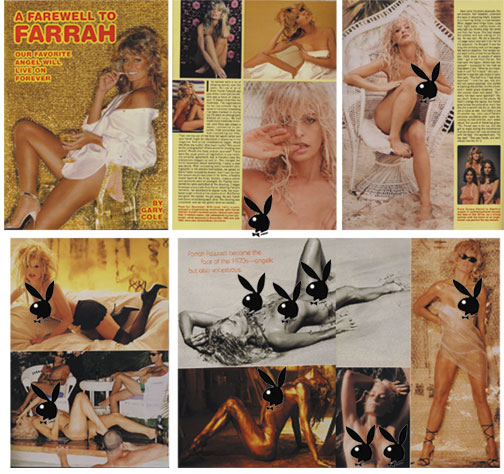 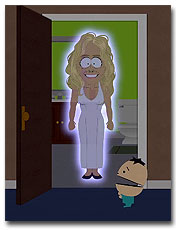 Ike is seeing dead celebrities such as Farrah Fawcett , Michael Jackson, DJ AM, Ed McManhon, Bill Maze, and others..

You can watch the episode online at http://www.southparkstudios.com/ 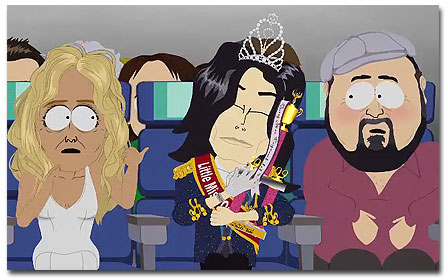 It has been confirmed from Jay Swartz Jaclyn's publicist that she is fine and well.

The recent story which hit the internet today is false about attempted suicide. It's a BULLSHIT story and who ever made it up should be ashamed of themselves.

Everyone Jaclyn is fine! :)

More From People Magazine Online:
Actress Jaclyn Smith took to her Twitter and Facebook pages Tuesday afternoon to debunk reports saying she had shot herself in Honduras.

"Jaclyn is safe and home with her family. She is not in Honduras. It is a lie," she posted on her pages. Her rep adds: "Totally untrue. She is fine, spoke to her this morning."

What started the rumor? A Honduras newspaper reported that Smith's stunt double on Charlie's Angels had accidentally shot herself. – Brenda Rodriguez and Cynthia Wang 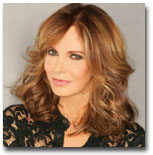 Jaclyn Smith is set to be a guest on THE VIEW - October 7th. **Jaclyn was not on and has been rescheduled for Nov.

Cheryl Ladd has posted some personal shots from the set of CSI: Miami.  She will be guest starring on the show for CBS on Oct 5, 2009.  Check out her website at www.cherylladd.com

Shelley Hack's feature film The Stepfather will be released onto DVD on Oct 13, 2009.  CLICK HERE TO PRE-ORDER

Farrah's Story unfortunately lost for the Emmy this past week.  But on the Emmy show last night Farrah was highlighted during the "In Memory" section of the show.

The Charlie's Angels watch & chat was a hit on Sunday.  They will be doing more viewings!  Check back soon for dates & times.


Cheryl will guest star on CSI: Miami on Oct 5th @ 9pm. The episode titled "Bolt Action" has Cheryl playing a "cougar."  Here are some pics from the show. 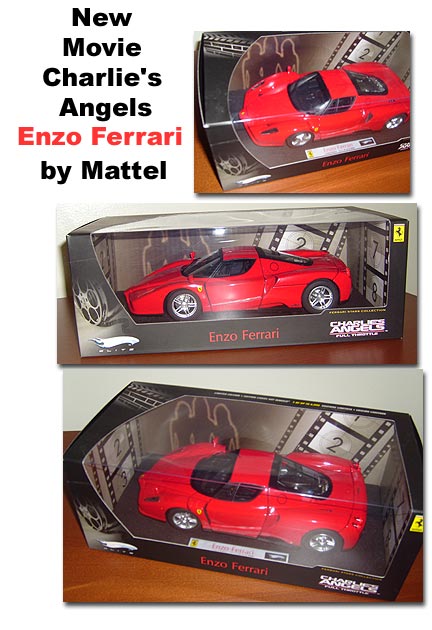