Cheryl Ladd is currently shooting an episode of CSI: Miami. Cheryl will play a married wealthy woman who dates younger men on the side.  The episode is to air in October.

Jordan Ladd's (Cheryl's daughter) new film Grace hits theaters this weekend in limited release.  It has been said this horror film is so gruesome that two men at Sundance passed out while watching it.

Police Woman: Silky Chamberlain
Crowley’s Angels? Con artist Silky Chamberlain steals $18,000 from Crowley’s uncle Luigi. So Pepper and Cheryl Ladd (Charlie’s Angels) are put on the case. All they need is a brunette and a speakerphone, and they’ve got one heck of a spin-off. 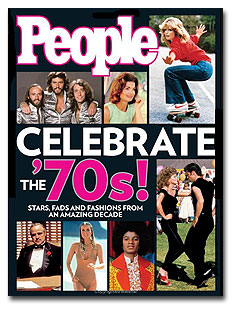 Amazon.com has the HARDCOVER  available of  People Magazine Celebrate the '70s.  The book looks at the world of everything 70s including Farrah Fawcett and all of our favorite Angels!!!

Light up your lava lamp, grab your double-knit flares and get ready to hustle: In the wake of the hits CELEBRATE THE '80s and CELEBRATE THE '90s, PEOPLE harks back to the last decade with a personality. Disco! Pet Rocks! Charlies Angels! Also: The Bee Gees, Donna Summer, Jordache jeans, Margaret Thatcher, Yoda, Rocky, ABBA, jiggle, mood rings, and Mork! A fun reminder for those who were there, and, perhaps, a cautionary tale for their children. 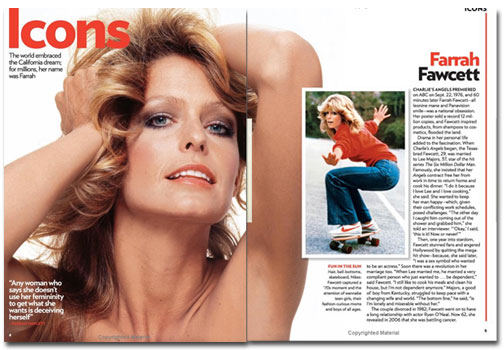 Hope you enjoyed the new trailer.  Did you spot Mike Pingel???  :)


On newsstands now is the Sept/Oct issue of American Photo.  Inside is a new interview the photographer Bruce McBroom on shooting Farrah for her poster.  There are a few never before seen images from their photo shoot.

Farrah's Emmy Ad
This is the ad which ran in the Hollywood trade papers. (Below)
Also check out this interview with producer 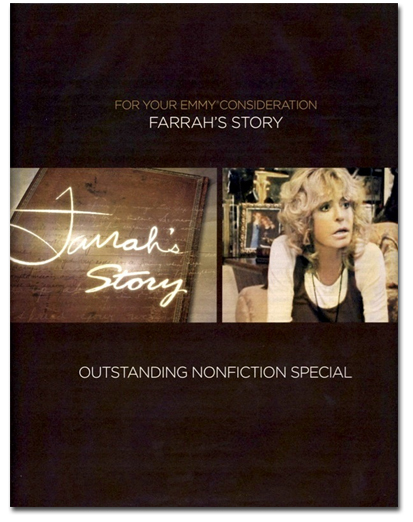 For more info and how to get to the show go to http://www.supermegashow.com/

Here's a pix of Tanya with a fan from her recent appearance in NJ: 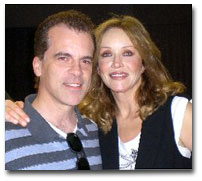 A friend bought the book Accomplishments of Farrah Fawcett from Amazon.com and said it was AWFUL!! .  The book is so badly put together is not worth the 20 bucks.  Beware the same people who put the "accomplishments" book out has two other books now on amazon.com.

Our deepest sympathy to Jaclyn Smith 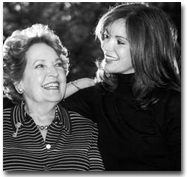 Jaclyn's mother and her best friend, Margaret Ellen Smith has passed away on Monday, August 17.  Ms. Smith was 95 years old and passed away from  complications of a surgery. The funeral services will be held Saturday afternoon.

Margaret Ellen Smith was the daughter of a Methodist minister.  She was a Southern beauty and turn down Hollywood's offer to be an actress to be a homemaker for her husband dentist Dr. Jack Smith who passed way in 1993.

We here at CharliesAngels.com want so send our deepest sympathies to Jaclyn & her family.  Our prayers are with with you & your family during this time. 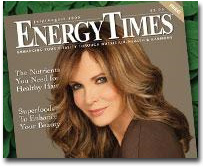 Jaclyn Smith is on the cover of this month's Energy Times (July/August  2009).  In the article, Jaclyn talks about her vitamin regiment, diet, organic food and her battle with breast cancer.

You can read the full article online by visiting:  www.energytimes.com

The website does have a list of stores per state where one can pick up the magazine. 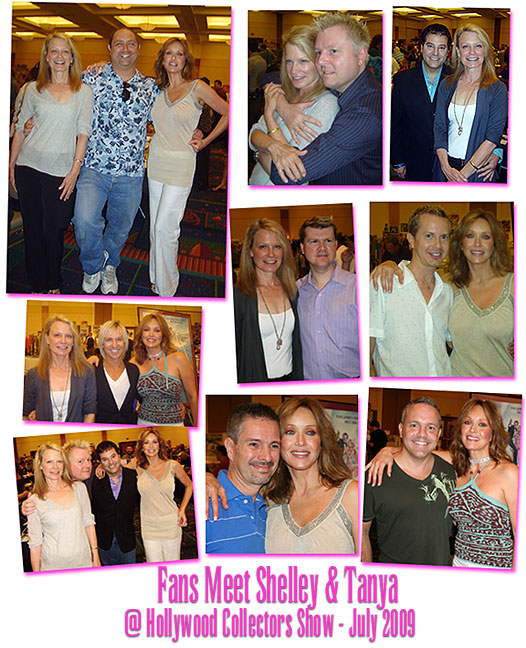 Hallmark.com has just launched two Charlie's Angels eCards!  Both cards are only 99cents to send to friends & Family.

There are two cards one for Birthday's and a general "Got You Covered".

Below are captures of how both cards run. Each are has the opening music from the actual show! You can hear Jill's tennis balls, Brie's screeching tires!!!  We don't see the angels in the ecards but the these are great for any Angel fans!!!

Go to www.hallmark.com and search Charlie's Angels and the two cards will pop up for sale! 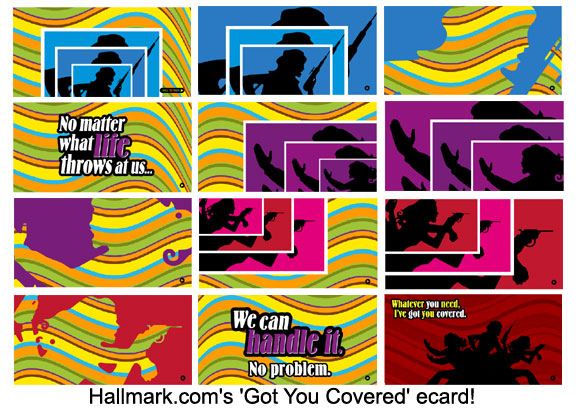 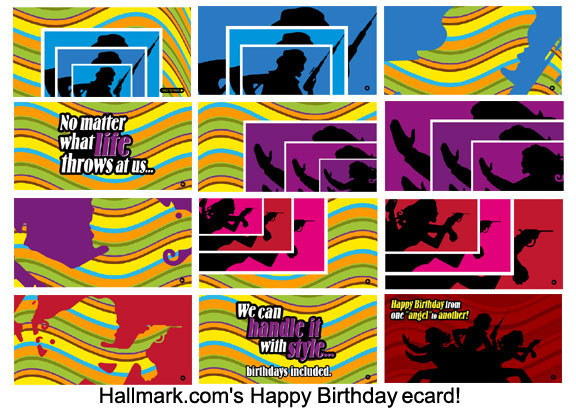 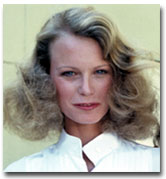 Many fans have sent in a few questions on about Shelley Hack's appearance at the event.  Here are some answers I found out which I can share with everyone!

Will she be signing fan items?
Absolutely!!!!

What will she be charging for the signing pictures, collectables, posters?
$25.00 per item, per photo signed. Unknown about prices for collectables & posters.

Will she be taking pictures with fans?
Pictures taken with her are included with purchase. No purchase picture with her $10.00

Angel, Tanya Roberts will also be at the Hollywood Collectors Show on July 18 & 19 in Burbank, CA!  More info @ www.hollywoodcollectorshow.com

It's time to send Happy Birthday Wishes out to two Angels, Shelley Hack and Cheryl Ladd. 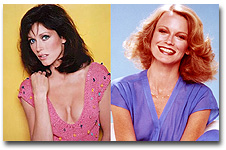 Hey CA fans who are coming into town to meet Ms. Shelley Hack & Tanya Roberts, I wanted you all to know I'll be at my own table at the Hollywood Collectors Show signing my book!!  So drop by to say Hi!

Also don't forget to go see Chico's Angels when you're in town!!!  The show has been extended to August 9th!  They have shows running Thursday - Sunday!  To buy tickets go to www.chicosangels.com 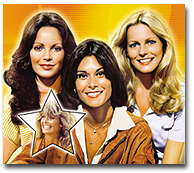 Finally season three of Charlie's Angels will be released in Europe in Pal region 2 format. This season of course has the return of Farrah Fawcett and such great episodes as "Angels in Vegas,"  "Teen Angels," "Counterfeit Angels" and "Pom Pom Angels."

Currently there is no artwork for the new Europe release but if Sony keeps with their trend it will look very similar to the US 2006 release.

To Order Region 2 CLICK HERE For the UK amazon.com

If you're in Europe and need the other to Pal formatted seasons click on the boxes below!!

**NOTE: To order the USA editions go to the left side of the page****