The third season of The Muppet Show is now out on dvd!  Cheryl Ladd is one of the guest stars for the '78-'79 season!

Back Stage with Chico's Angels!
I saw Chico's Angels: Chicas are 4 Ever, last night!  It was ooohhhhsoooofunny! It's a must to see!  Sadly it looks like next week is theit final performances!  But never fear if you can catch them this time around, they will be back!!

Here are some behind-the-scenes photos from the cast photo shoot last night!  Enjoy!

The Girls are EXTENDED!! 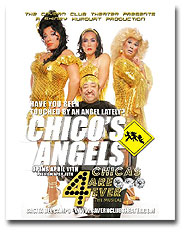 Chico's Angels #4 "Chicas are 4Ever" is a huge HIT and has been extended!  Come join the Angels: Kay Sedia, Chita Parol, Frieda Laye... Oh and Bossman too! as they go under the covers on a diamond HEIST!!!!   The show will run through May 18th!

The Famous Chez Chez Diamond has been stolen from The Countess Tago, and only the Angels are ghetto enough to steal it back! Of course there will be half naked boys, big hair and fabulous shoes! and a crazy cast trying to upstage the Angels! Don't miss this ALL ORIGINAL MUSICAL!!!!

Tickets can be pre-purchased online by clicking here www.CavernClubTheater.com or by calling 323-969-2530 and hurry tickets are selling fast. 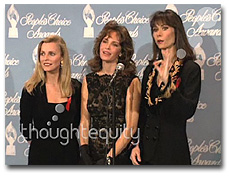 Check out this rare video of Kate, Jaclyn & Cheryl at the People's Choice Awards after the tribute to Aaron Spelling.

** thanks to Christos who posted this on his "Ultimate Charlie's Angels" website!  Check his site out @ http://www.charliesangels.gr

Smith Smoking Hot!
Jaclyn Smith looking HOT on this Kmart flyer this week (5/4/08)!  It was in your Sunday paper this weekend or pick one up at you local Kmart store! 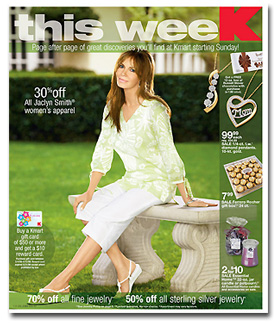