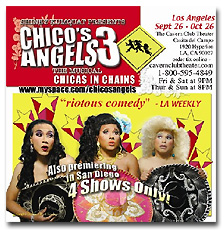 That's Right WERE BAAAACKK!!! Chico's Angels #3 "Chicas in Chains" is returning to the stage for a limited run. If you've seen us before, well seen us again and bring all your friends to a night of gut wrenching laughter!

Come Join Kay Sedia, Chita Parol, Frieda Laye and Bossman too! As they fight the bad guys, fall in love and solve crimes all in Cha Cha Heels!! 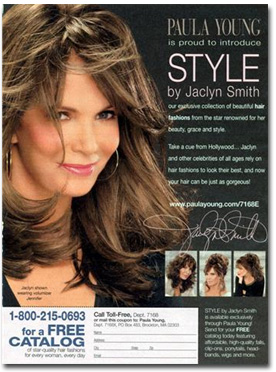 There is a new Jaclyn Smith ad for her line of Paula Young wigs in the October issue of Ladies Home Journal with Paula Deen on the cover (see attached).

Go ahead and call for a free catalogue!!

Also now running on TV is a new Kmart commercial for Jaclyn Smith's line of Bathroom and Bedroom items.  She is only pictured in the commercial.

Farrah's NEW Red Poster!
Super Farrah fan Kiko sent in today a photo of himself with the new 2008 updated Farrah Fawcett Red Swimsuit poster!!  You can get your own at www.farrahfawcett.us. 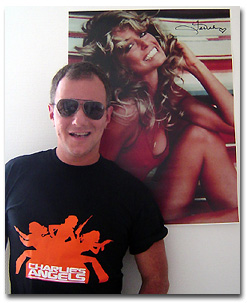 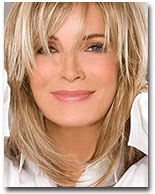 Jaclyn Smith & José Eber are starting a line of wigs.  The wigs will premiere this fall and be sold on the PaulaYoung.com website.

Candy Spelling, widow of Aaron Spelling is now writing a book.  From stories it's will not be a tell all book so who knows maybe she'll talk about Angels.

Bernie Mac who played Bosley in the film Charlie's Angels: Full Throttle has passed away this weekend. He was only 50 years old.

Ladd as Grand Marshall
Today, Aug 1, Cheryl Ladd was the Grand Marshall of Santa Barbara's Old Spanish Days. Here is a photo sent in by Robert Mycroft who attended the Parade. 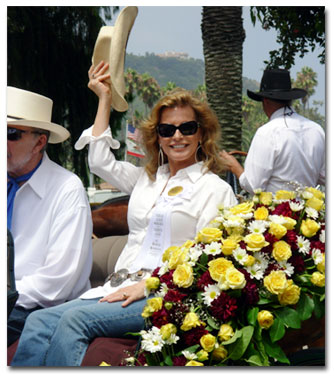 This is the lowest price ever!! So if you already have one and love it so much...buy another one!!

We only have Med & Large available but they are going fast! :)

Fitz sat down with Cheryl Ladd for a chat about her healthy habits of how she kepts  so stunning and healthy throughout the years. The chat was filmed at Prilosec OTC event in New York. 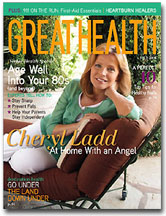 Cheryl tells reporter Chris Mann:  "Empowering women and helping them is absolutely my goal. Twenty years ago there was no such thing as “women’s health.” Now we’re dealing with all kinds of things, from breast cancer to osteoporosis, menopause, heart disease and high blood pressure. We’re focusing on these issues and how they impact women and the kinds of things women are going through, in a way that we never really discussed before publicly."

Online you can read the full article @ http://www.greathealthmag.com/

The Santa Barbara's Old Spanish Days has announced Cheryl Ladd will be the 2008 Fiesta Celebrity Grand Marshall. Ladd will ride down State Street in a carriage during the 84th annual parade.

The Fiesta parade is one of the largest equestrian parades in the United States. The parade is on Friday, August 1st starting at noon in San Barbara, CA. (7/18)

..also if you want to see the full commercial NOW...go to www.jaclynsmith.com! 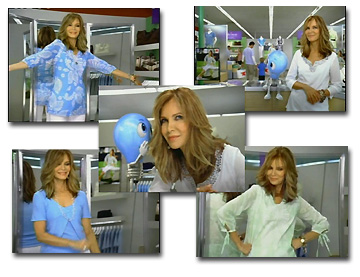 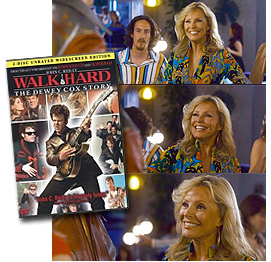 Cheryl plays herself who wants Dewey Cox (who is already married to supermodel Cheryl Tiegs) and she attacks him with kisses!

To buy a copy of the film: CLICK HERE

Set those DVR boxes and check out channel line up go to the Bonnie Hunt Show website www.bonniehunt.com

Angels Go to College
This window display was created by Visual Communications student and  is currently on display on the 4th floor of the Fashion Institute of  Design & Merchandising, Los Angeles campus. 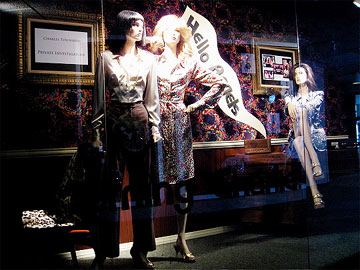 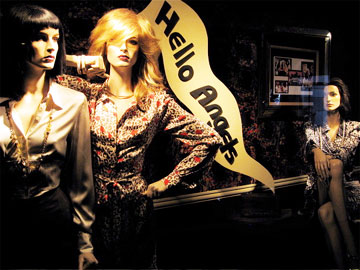 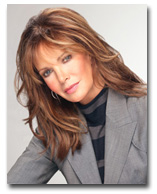 Jaclyn's is be on the new Bonnie Hunt Show, this Wednesday, October 8.

Smith is in the new October issue of InStyle magazine.

She is also hosting the new documentary Before the Pink Ribbons, which is a story about how two cancer survivors and one idea grew into a nationwide organization dedicated to providing immediate emotional relief for people facing breast cancer. It’s a brief history of the breast cancer movement before it became what it is today.

If you miss our documentary, Before the Pink Ribbons, on T.V. A DVD of the program is available for a minimum donation of $5 or $10. Get the DVD now » 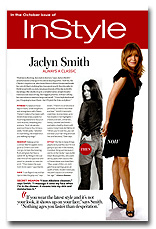 Chico's Angels
I saw Chico's Angels this past weekend!! The girls are as funny as always if you are around this month take an evening to see their show "Chicas in Chains." 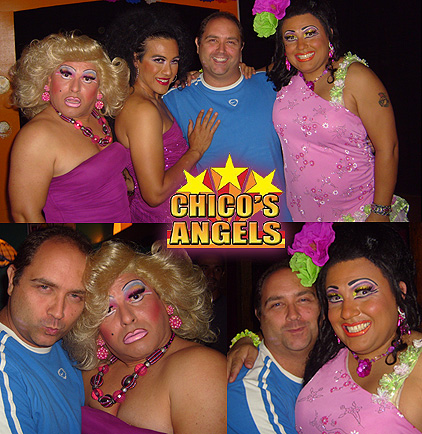 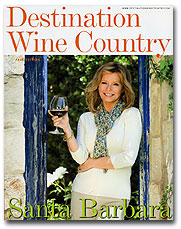 Cheryl Ladd is shinning on the new fall cover of  Destination Wine Country from Santa Barbara.

There is a great article on this angel and some fantastic new images inside the magazine.  Everyone can read the article and check out the pixs online  (go to the bottom of the page and click on the magazine cover on the left hand side!) CLICK HERE for the website.

Also online is the stories of Jaclyn Smith from People magazine from 1981: CLICK HERE 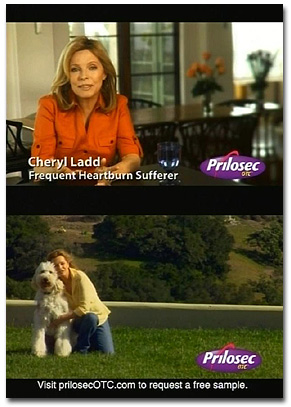 Jaclyn Smith: She is seen in the new issue of you're weekly K-mart flyer. 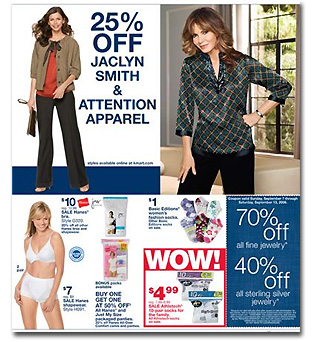